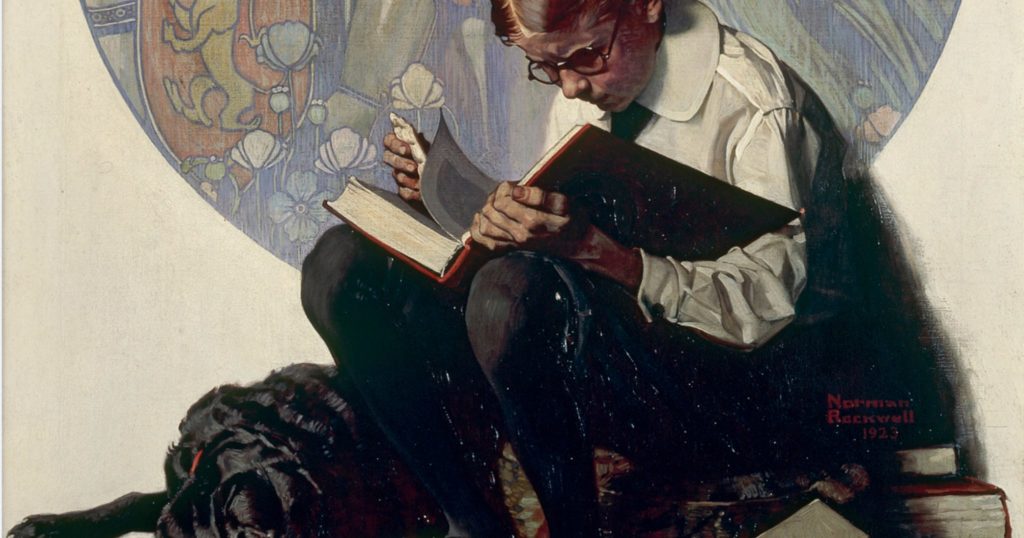 Classics Every Middle Schooler Should Read

Classics Every Middle Schooler Should Read

I recently read Winston Churchill’s little volume Painting as a Pastime. Before he gets to the what and why of painting, he describes reading and the unique power books hold. They contain, he says, an

“infinitely varied store of knowledge and wisdom which the human race has accumulated and preserved, pride, even in its most innocent forms, is chased from the heart by feelings of awe not untinged with sadness.”

Then Churchill gets really depressing by encouraging us to think of all the books we’ll never have time for and all the tales we will never know. Books are treasures. Churchill writes,

“Peer into [books]. Let them fall open where they will. Read on from the first sentence that arrests the eye. Then turn to another. Make a voyage of discovery, taking soundings of uncharted seas. Set them back on their shelves with your own hands.”

While there is (sadly) not enough time to read every book ever written, don’t waste your time on worthless ones. This list contains classics — books that expound the universal themes of life, have stood the test of time, have to be read carefully and studied, and make you think.

"Creative Writing has exceeded my expectations and enhanced our study of literature." ~ Andrea

You cannot make your child love reading. If you have a child who doesn’t enjoy reading, you can expose them to best books by reading aloud and taking the voyage of discovery alongside them.

This list is designed with middle school students in mind (don’t forget to check out our high school list). Although it isn’t exhaustive, these are some of my top recommendations and personal favorites from my own middle school homeschooling years:

This is a fantastic play and one of Shakespeare’s most famous. It will spark interesting conversations about loyalty, government, and betrayal.

The precursor to the famous Lord of the Ring trilogy, The Hobbit is a joy to read and is a perfect read-aloud for the entire family.

This is a book everyone should read since it will probably be unavailable in the next decade considering its subject matter. *Contains sexual content that might be a bit mature for some audience.

My students like that Dave Raymond details the 'why' and not just the 'when' of historical events. ~ Judy

4. Around the World in Eighty Days by Jules Verne

Colorful, engaging, and imaginative, Jules Verne’s classic is a novel every middle schooler should read and enjoy.

5. The Adventures of Sherlock Holmes by Arthur Conan Doyle

These stories hold a special place in my heart. Conan Doyle is considered the king of mystery and for good reason. *Some stories may be a little violent for some audiences.

6. A Christmas Carol by Charles Dickens

This is Dickens’ lightest novel and one almost everybody has at least heard of. It is definitely worth reading (especially at Christmas).

Most people are familiar with the Disney version; however, the original could not be more different. Despite this, your students will greatly enjoy it.

8. Little Women by Louisa May Alcott

Better suited for girls, Little Women is one of the most well-read and well-known novels in the world due to Alcott’s moving story and relatable characters.

"Grammar for Writers is a fantastic course. Style and content of teaching have helped at every level."~ Tom

LEARN MORE ABOUT GRAMMAR FOR WRITERS

10. The Witch of Blackbird Pond by Elizabeth George Speare

Based on a rather distasteful era of American History, this short novel brilliantly fictionalizes the Salem Witch Trials in a fascinating manner.

11. Sir Gawain and the Green Knight

Despite the fact that this story is hundreds of years old, its focus on knights and monsters and damsels in distress will appeal to boys and girls of any age. *Contains sexual content that may be a bit mature for some audiences.

12. The Adventures of Huckleberry Finn by Mark Twain

Huck Finn, best friend of Tom Sawyer, gets the spotlight in this hilarious coming of age story. *Contains some violence that may be a bit nature for some audiences.

13. The Odyssey by Homer

Every student should read this before college. Many books and movies are based on this epic that describes a man’s desperate attempt to reach his home. *Contains sexual content that might be a bit mature for some audiences. 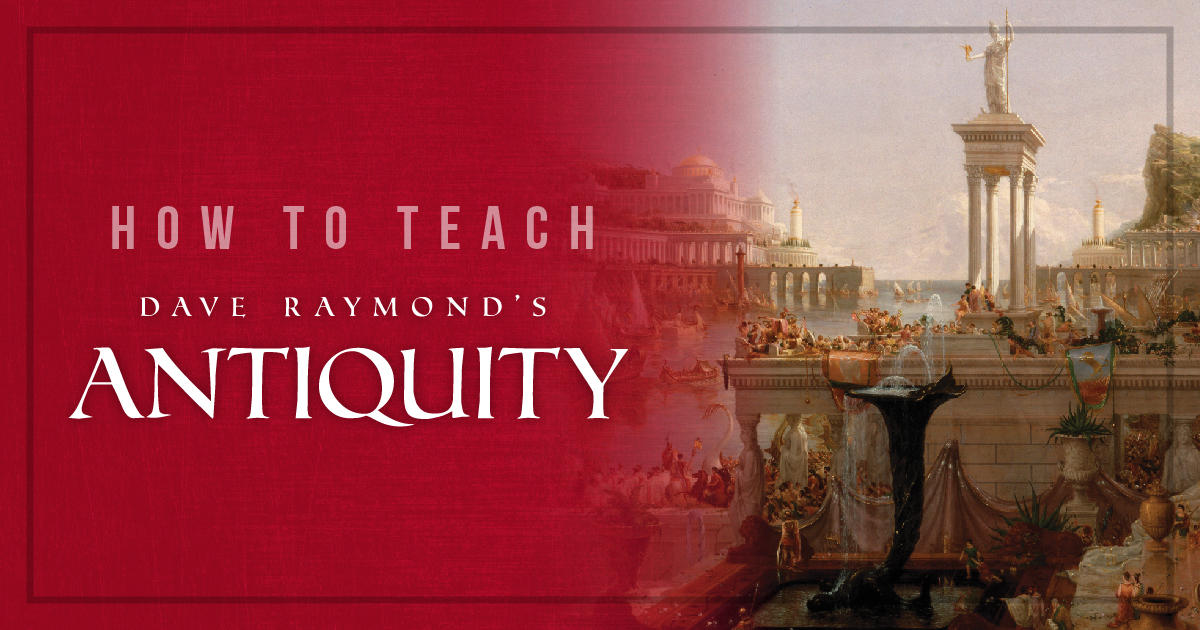 Learn more about how to teach Dave Raymond's Antiquity History.

This book series should go to the top of your book list. Each and every one is fascinating and enjoyable.

15. All Quiet on the Western Front by Erich Remarque

The story of a young German private, this book will make your students think about different sides of World War I since the winners did not write this story. *Contains some violence that may be a bit mature for some audiences.

Overall we enjoyed Modernity and I am seeing improvement in my teen's discussion and critical thinking skills. ~ Alex

16. The Autobiography of Benjamin Franklin

Most people don’t know much about our Founding Fathers, so here is the autobiography of one of the most famous.

17. The Last of the Mohicans by James Fenimore Cooper

This incredibly moving novel tells the story of the impossible love between an Indian brave and a British girl despite the war raging between their people.

Bunyan wrote this allegorical tale about Christianity while serving time in jail for refusing to stop preaching in England.

19. The Scarlet Letter by Nathaniel Hawthorne

After reading this story, it is worth researching Hawthorne’s intentions for writing this novel that promoted the stereotypical view of the Puritans that remains to this day. *Contains some sexual content that may be a bit mature for some audiences.

20. My Antonia by Willa Cather

Another coming of age story, this novels focuses on a young immigrant woman trying to make her way in the new American West.

Like some other books on this list, everyone should read this short story. It is an allegory of Communism and is the perfect precursor to Orwell’s novel 1984 (which every high schooler should read). *Contains some violence that might be a bit mature for some audiences.

22. To Kill A Mockingbird by Harper Lee

This book has already been a part of cancel culture for a few years now, which is a sign it should be read by everyone. It is a beautifully touching story about racial issues in the 60s in the South. *Contains some sexual content that may be a bit mature for some audiences.

One of the earliest forms of literature, your boys will really like this epic poem of warriors and dragons and monsters. *Contains violence that might be a bit mature for some audiences.

This novel has sparked many film remakes and is worth reading purely for the cultural impact it made.

Herbert was an incredibly influential English poet who proved to be an example to future poets.

Shakespeare’s sonnets are some of the most beautiful and sweet ever written. Your students will probably recognize more of them than they think.

Pirates, gold, sword fights, and battle ships. What could be more entertaining?

28. The Scarlet Pimpernel by Baroness Orczy

One of my favorite books, this a sweeping romance and intriguing mystery set during the French Revolution.

29. The Wise Woman and Other Stories by George MacDonald

The only fairy tale on this list, the story is a fun, quick read that your entire family will like.

Grab all our book lists!

Never scramble for reading material for your homeschooler again. We’ve assembled the ultimate collection of books for every subject and situation.

Some book links are from Amazon and as an Amazon Associate we earn from qualifying purchases. 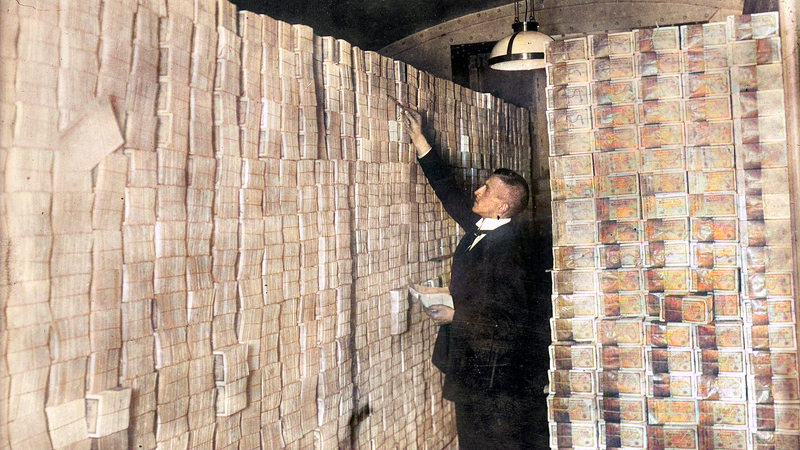 What is Inflation? (And why is it so dangerous?)

The Secret to Being a Good Parent