$0.00 Cart
Sale!
What Families Are Saying
We are using this course…as a tool to better analyze and understand literature. … [S]o far, this material has exceeded my expectations and enhanced our study of literature. - Andrea

Author and professor Jonathan Rogers of Grammar for Writers teaches high school students how to improve their own creative writing by examining the literary elements of 4 stories in Writing through the Wardrobe, Writing with Hobbits, Writing through To Kill A Mockingbird, and Writing with the Bog Owl.

This product is only available in a streaming digital format.

Try 8 Free Lessons
Jonathan Rogers of Grammar for Writers teaches high school students how to improve their own creative writing by examining the literary elements of four stories including some well-loved classics. Students will hone their craft in this seminar series from a literary scholar and published author. Dr. Rogers has written The Wilderking Trilogy, The World According to Narnia, and other books. This set contains all four courses in the series:

Writing through the Wardrobe

Writing through To Kill A Mockingbird

Writing with the Bog Owl

It is not unusual for external, non-character-driven events to happen to the characters in a story. But a good story can’t be driven only by external events. It’s not enough to have things “happen to” your characters. Your reader always wants to know  what the characters are going to do—how they will exert their wills, pursue their desires, alleviate their fears. That is the essence of character-driven action.

For this lesson’s writing exercise, you will practice mixing external action with character-driven action. Write a scene in which two characters experience the same external event, but act very differently in response to that event.

Write a scene in which dialogue leads directly to physical action.

This is a two-part exercise about first-person point of view:

Skim two chapters of To Kill a Mockingbird and note every place where Harper Lee shifts from writing in-scene to writing out-of-scene, or vice versa.

Now go back to the out-of-scene sections. What does Harper Lee accomplish by pulling out of scene? Some of the possibilities from the video lesson include:

The opening scene of The Bark of the Bog Owl takes place at the edge of the forest—or, if you prefer, at the edge of a clearing. Edges and boundaries, the meeting of two worlds, are fertile ground for storytelling.

For this week’s exercise, write a scene that takes place at an edge or boundary—the edge of town, the edge of a forest, the boundary between two neighborhoods or two countries. Let’s see what kinds of things happen where two worlds overlap.

Think of a familiar character from literature, history, or folklore, and drop that character into a setting that is familiar to you. What happens next? 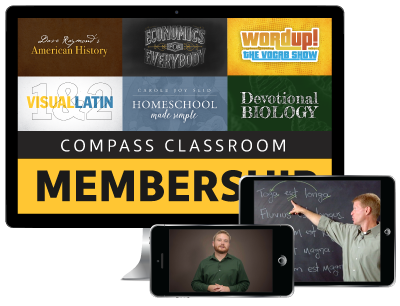 Try 1 Week Free
What Families Are Saying
We are using this course…as a tool to better analyze and understand literature. … [S]o far, this material has exceeded my expectations and enhanced our study of literature. - Andrea

Enter for a chance to win