Why did the cry “Remember the Alamo” stir Americans around the country? A small mission in San Antonio served as a battlefield in the march to Texas’ independence.

Use the Alamo teaching resources below to provide additional context for your homeschool students as they study this significant event in American history. Veteran teacher Dave Raymond covers the Alamo in Lesson 18 of his American History video curriculum.

Primary Sources about the Alamo —Browse a collection from the Texas State Library and Archives Commission, helpfully connected to other events in Texas’ independence.

A plea to defend the Alamo, 1836 —Lt. Col. William Travis pleads with the citizens of Texas. The page includes some helpful questions when using a primary source document.

The Herald, February 29, 1836 —A New York newspaper provides updates on the unfolding situation in Texas, courtesy of the Library of Congress.

Late and important from Texas. Massacre of the Georgia battalion!!! —The Columbus, Ga. Herald (via the Library of Congress) announces the shocking massacre of its state battalion under Col. Fannin, sent in relief of the Alamo.

Andrew Jackson to Samuel Houston, September 4, 1836 —Browse images of the original letters held by the Library of Congress.

Santa Anna’s Letter Explaining Why the Alamo Defenders Had to Be Killed —An original Spanish manuscript from 1874, translated into English, provides the Mexican commander’s view on the battle’s outcome.

An 1881 print depicting the Alamo —A woodcut used in a pamphlet of the era.

African Americans and the Fight for the Alamo —While it doesn’t contain primary sources, this article has references that can be used as you “follow the footnote trail.”

Battle of the Alamo —An interactive article from the Texas State Historical Association. Contains videos, primary source document images, as well as a thorough set of internal links.

3D Panoramic Tour —Explore the site of the Alamo today!

Interactive Texas Revolution Timeline —Click through a timeline of events leading up to the Alamo. Includes embedded videos from the Alamo’s official website to enjoy, too.

The Alamo Digital Battlefield: Then and Now —Neat visualizations show the Alamo battlefield as it appeared in 1836, juxtaposed with how the same space appears today.

Battle Commemoration Events —The Alamo Trust is offering a series of virtual and in-person events February-March 2021.

Remembering through Education —This packet from the Alamo Trust is chock-full of information: activities, coloring sheets, vocabulary, quizzes, and handouts sure to give every homeschool something useful.

Primary Source Adventures: Remember the Alamo —The University of North Texas compiled several primary documents, maps, and accounts in an easy to follow set of slides. 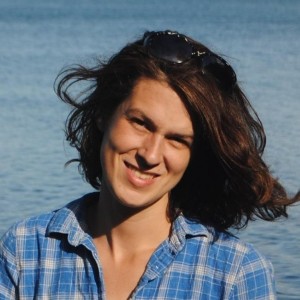