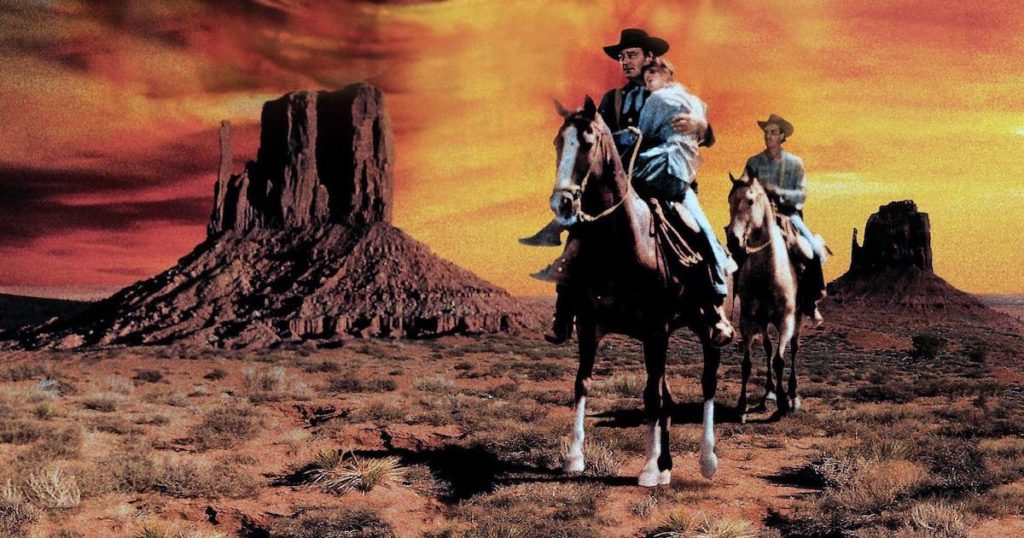 To use with Lesson 25: A New Normal: The West, Immigration, and Robber Barons from Dave Raymond’s American History series.

The Wild West is a uniquely American time period of independence, brutality, and expansion. Learning about this era of history can be overwhelming for both students and moms. Here is a list of fourteen of the best Western films ever made. These films will help your student grasp the many different sides of the West. Some address the issues between settlers and Indians. Some focus on U.S. soldiers stationed at military posts. All are about the men and women who struggled through astounding hardships to establish a fresh start for themselves and their families.

Not only is this film one of the earliest motion pictures, its genre was groundbreaking for that time. The film’s title is fairly self explanatory and the story predictable: a group of outlaws rob a train, are chased across the West, and finally defeated by the good guys. The reason it remains a classic is because it set the stage for every western film to come, even though it isn’t the first of its kind. If your student enjoys westerns, they might enjoy watching the film that made this genre popular.

The film is silent and there is very little violence.

It is debatable which of these two films were more influential to the western genre. The Great Train Robbery was one of the first, but Stagecoach cemented this genre’s popularity among audiences. Directed by John Ford and starring John Wayne, this is the first of twelve collaborations between the two. This was Wayne’s breakthrough role that established him as the perfect tough leading man. Subsequently, he starred in eighty-three westerns throughout his acting career. You and your students will greatly enjoy this exciting film.

There is some violence (shooting guns, men falling off horses) and a few men are shot, but none of it is graphic. The main female character is a “bad lady” but only adults will pick up on this. I didn’t clue in until years after watching the film.

Any movie starring Errol Flynn and Olivia de Havilland was sure to be a success. Their chemistry is incomparable and the two were paired in eight films. However, any western film shown alongside Stagecoach would have a hard time competing with it. This provides a good reason why this fun and thrilling Western isn’t as well known.

These early westerns have very little graphic violence and are good family films.

The first of some of my favorite westerns on this list, Red River offers a different perspective to this genre. John Wayne, Montgomery Clift, and Joanne Dru star in this fabulous account of a driven cattle rancher who will stop at nothing to get what he wants how he wants. Wayne and Clift give incredible performances, showcasing each man’s unique brilliance as actors.

Like the films listed above, there isn’t any graphic violence. A girl is shot by an arrow in the shoulder, there is talk of hanging three men, and multiple gun fights.

John Wayne has already made two appearances on this list; She Wore A Yellow Ribbon is not his last. Known for his westerns and war films, Wayne had established himself as the ideal all-American cowboy and soldier. His costar is Joanne Dru who also starred next to him in the film above. This film is the second in John Ford’s Calvary Trilogy. It is an exciting portrayal of a group of American soldiers sent West to settle Indian trouble.

There is very little violence in this film and is suitable for younger audiences.

The third film in Ford’s Calvary Trilogy also stars John Wayne. This time his leading lady is Maureen O’Hara, said to be the only actress who could match Wayne’s strength word for word and punch for punch. Like Flynn and de Havilland, Wayne and O’Hara’s chemistry is tangible in every scene. Wayne again plays an American lieutenant colonel defending a post against Indian attacks. Everyone in your family will love this exciting film.

One man is shot by an arrow and there are multiple fights between soldiers and Indians.

Starring Gregory Peck in one of his breakthrough roles, this is the story of a gunfighter struggling to regain his place in society. The film is fairly predictable, but the end offers a twist that will spark your student’s interest in the traditions and unspoken rules of the Wild West.

The only violence in the film are some gun fights when a few men are killed.

This film starring Gary Cooper and Grace Kelly (in one of her leading lady roles) is one of the most unique westerns on this list. Until the third act, there is very little action. However, the reason this film is classified as one of the most influential westerns ever made is because of its timing. Each scene gradually builds tension and uncertainty in the characters and audience.

This is a great choice for a family movie night since there is not much violence.

After returning from World War 2, Jimmy Stewart struggled regaining his place in Hollywood. The western genre had grown in popularity with Stewart eventually starring in no less than seventeen. Bend of the River showcases how difficult it was for people to start new lives in the West (with an obvious Hollywood touch), regardless of their backgrounds. It is a very interesting western since “the West” in this case is Oregon and not Arizona or Wyoming.

A man is shot by an arrow and some men are killed in a gun fight, but this is a very tame film.

Like High Noon, Shane is one of the most distinctive westerns and one of the most important. There isn’t much action and the overall story is slower in contrast to most westerns. But the plot is incredibly touching and the ending will move you and your students. It is listed at number ten in the American Film Institute’s top ten westerns.

This film is anything but intense and is another good option for a family film.

Another of my favorite westerns, John Wayne and John Ford team up again, but with a much more intense story than their first western. Wayne and Ford arguably began the western genre with Stagecoach and ended it with The Searchers. It is considered the greatest western ever made and is ranked twelfth on the American Film Institute’s 100 Greatest American Films.

Wayne is an ex-Confederate soldier who teams up with Jefferey Hunter to find his niece, Natalie Wood, who has been kidnapped by Comanches. This film has something for everyone in it: action, drama, comedy, romance, and family. It is a must see for every student interested in film or the West.

In comparison to the other films listed, this is by far the most intense. There isn’t much graphic violence but lots of innuendos. It is suggested a girl was raped then killed by a Comanche warrior; there are two or three big fights between the settlers and Indians; it is implied that one girl may have been forced to bear the children of an Indian chief. One of the most powerful scenes depicts girls who have been rescued from the Indians and their mental destruction. However, this is a film everyone in your family will really enjoy.

George Stephen’s western epic…this is another film everyone should watch and one I have seen more times than I can count. Starring Elizabeth Taylor, Rock Hudson, and James Dean, it is the generational story of a Texan family as they adapt to the swiftly changing West.

The film proved hugely popular among audiences at the time and was selected for preservation by the U.S National Film Registry as “culturally, historically, and aesthetically significant.” It is also James Dean’s third and final film before his tragic car crash before the film’s release.

There is some reference to sex, a few fights, and one incredibly moving scene where a character is inebriated and unknowingly admits his feelings about another character. Like the film above, this is one of my family’s favorites.

Again starring John Wayne, this western was another immensely popular film. Ricky Nelson, Angie Dickinson, and Dean Martin join Wayne in the story of an aging sheriff trying to maintain the peace. Martin plays Wayne’s drunken deputy; Dickinson is a woman of questionable background; Nelson is a young kid willing to prove he can make it in the Wild West. The film is entertaining and exciting: everything a western should be.

Like the two films previously listed, there is reference to sex, and at one point a character is shown in a skimpy costume implying her occupation. There is gambling, drinking, and fighting which should be expected given the film’s genre.

*Fun fact: The hat Wayne wears in the film is the same cowboy hat he wears in Stagecoach which is why it’s so battered.

This is the only western Jimmy Stewart and John Wayne star in together. It is the moving story of a man intent on changing and educating a little town controlled by a group of outlaws. However, he comes to realize books and intellect don’t mean as much in the Wild West as they do in the civilized East. Wayne and Stewart give remarkable performances and bring to life two very human, sympathetic characters.

There are gun fights and some men are beaten up, which may be a little intense for younger audiences but you’ll know when the scenes are coming.

Some movie links are from Amazon and as an Amazon Associate we earn from qualifying purchases. 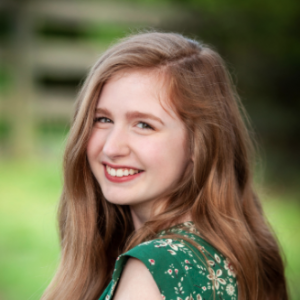 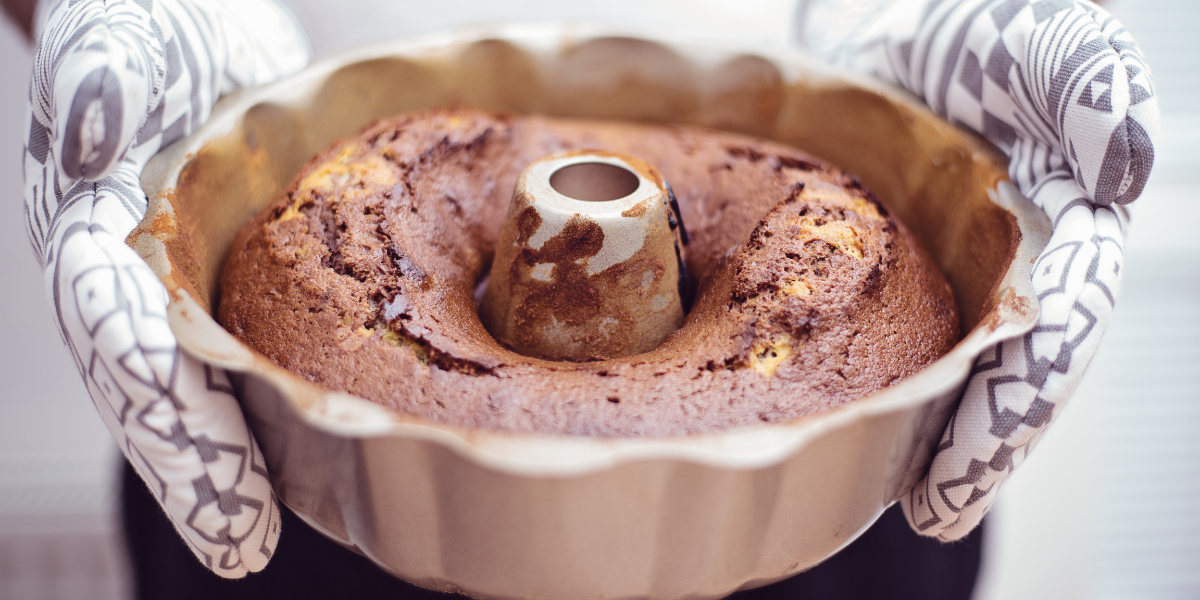